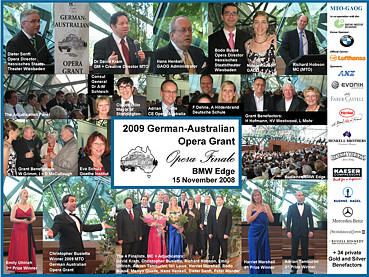 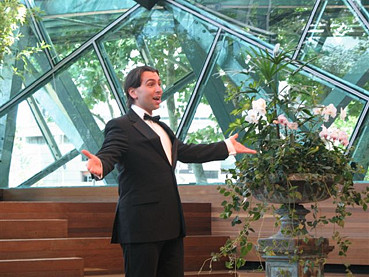 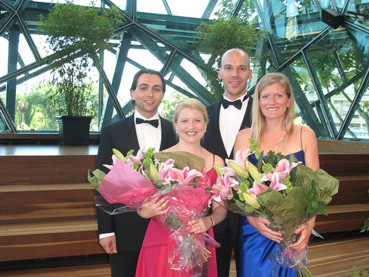 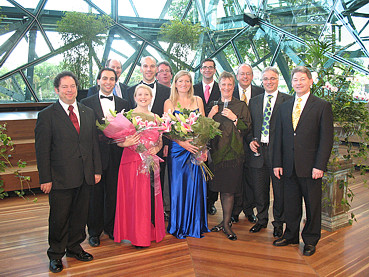 The winner will be granted a twelve months employment contract (mid August 2009 until July 2010) with the Hessisches Staatstheater Wiesbaden in Germany plus 2 months German tuition at the Goethe Institut (July / August 2009) and one month work experience (June 2009) for an insight into procedures prior to the official start.

An adequate amount of money will ensure that living costs are covered. The grant will be given to an outstanding emerging Australian opera singer in the early stage of their professional life with operatic stage experience capable of meeting the high quality standards of this major German opera house.

The value of this grant (including costs occurring in Australia) is approximately $60,000 including a return airfare to Wiesbaden.

NEW: For the first time this year's 1st prize winner also receives the ALLCOLLINS prize, a cheque over $4000 which will help in the preparation stage for the time overseas.

The prize is kindly donated by an (anonymous) German family with strong links to Australia and the arts.

The Semi-Finalists
of the 2009 German-Australian Opera Grant