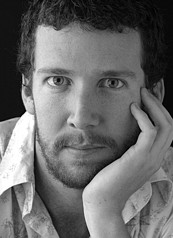 Brett Carter (Baritone) commenced his vocal studies at the West Australian Conservatorium of Music after completing a Certificate of Classical Guitar. He graduated in 2002 with a Diploma and Bachelor of Performing Arts (Voice). He performed in numerous Conservatorium productions, including L’incoronazione di Possea (Seneca), Susannah (Olin Blitch), La Favola D’Orfeo (Charonte and Apollo) and Gianni Schicchi (Ser Amantio di Nicolao).

In 2000, he joined the West Australian Opera Chorus and received a scholarship to the Australian National Academy of Music in Melbourne. In 2001 he received a scholarship to attend the University of Cincinnati Music Festival in Lucca, Italy. In 2002 he performed the prologue from Pagliacci with the West Australian Symphony Orchestra, and recorded a recital as an ABC Young Artist (which was also broadcast). He also performed in a live broadcast of cabaret songs for the ABC (2004). In 2003 Brett became a full-time member of the Australian Opera Studio. His performances for the Studio included the roles of Elviro in Xerxes, Peter in Hänsel und Gretel, Dr. Falke in Die Fledermaus, the title role in Don Giovanni, Tolomeo in Giulio Cesare, Tarquinius in The Rape of Lucretia, Sancho Panza in Don Quichotte and Count Almaviva in Le nozze di Figaro.

On the concert Platform, Brett has performed as a soloist and as a chorister of Collegium Musicum and has appeared in recitals for the Lieder Society of Western Australia.

As a member of Opera Queensland’s 2006 Young Artist Program, Brett made his role debut as Gregoria in Romeo and Juliet, which was followed by the role of Ivan in Die Fledermaus.

In December 2006 he won the MTO German-Australian Opera Grant in Melbourne and left for Germany in June 2007 where he became part of the professional ensemble at the Hessisches Staatstheater in Wiesbaden.