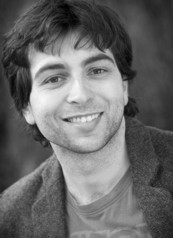 Christopher Busietta completed his Bachelor of Music at the Melba Conservatorium of Music in 2006 in Melbourne, Australia, studying voice with tenor Peter Mander. Whilst at the Melba, he was the recipient of the Robert Salzer scholarship and Jean Robinson prize.

Upon completing high school, he made his start in theatre performing many principal roles in amateur theatre companies around Melbourne. He made his professional singing debut in 2004 singing the tenor arias in J.S. Bach's St John's Passion with the Scots Church choir and orchestra to critical acclaim and from that point was often performing around Melbourne as a tenor soloist in concert and in oratorio.

In his final year of his music degree, he made his operatic debut in the role of Pedrillo for Lyric Opera of Melbourne’s 2006 production of Mozart’s The Abduction from the Seraglio. Following that, he spent two years performing children’s opera at primary schools in Victoria with Opera Australia’s Schools Touring Company as Count Almaviva in The Barber of Seville and The Prince & Wicked Stepmother in Cinderella, as well as performing in the extra chorus for several productions with Opera Australia and the Victorian Opera Company.

In November 2008 Christopher won the MTO German-Australian Opera Grant in Melbourne and went to Germany in June 2009 to become a part of the professional ensemble at the Hessisches Staatstheater in Wiesbaden. Since then he has based his professional career in Germany, performing also with Staatstheater Aachen and currently Stadttheater Augsburg. His growing list of professional operatic and theatrical roles include Don Ramiro in La Cenerentola, Erwin in Erwin and Elmire, Dr Cajus in Falstaff, Goro in Madama Butterfly, Gherardo in Gianni Schicchi and Arturo/Normanno in Lucia di Lammermoor. He will be performing eight roles with Stadttheater Augsburg next season including Alfred in Die Fledermaus and Der Steuermann in Der Fliegende Holländer.